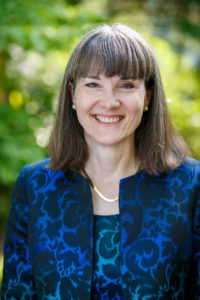 Annette Reichman’s entire 30+ year career has been devoted to supporting children and adults who are deaf or hard-of-hearing. For the past 11 years her professional focus has also extended to supporting children and adults who are blind or visually impaired. Ms. Reichman has served as the Director of the Office of Special Institutions within the U.S. Department of Education (DoED) for the past 11 years. In this role, she has conducted monitoring and oversight of federally-funded special institutions, including the American Printing House for the Blind, Gallaudet University, the Laurent Clerc National Deaf Education Center, and the National Technical Institute for the Deaf.

Previously, Ms. Reichman served as the Chief of the Deafness & Communicative Disorders Branch of the DoED (1999-2005) where she helped coordinate vocational rehabilitation activities with State Coordinators of the Deaf and helped expand nationwide training opportunities for American Sign Language-English education interpreters. From 1985 through 1999, Ms. Reichman served in various leadership capacities at the Valley Center of the Deaf for Catholic Community Services of Southern Arizona, including Agency Director. As Agency Director she oversaw 200 relay service operators (who help connect deaf and hearing phone users) and 25 staff who provided direct services to the local Deaf community, including interpreting referral services, educational support services, vocational services and independent living skills training. During her initial residency in Arizona, she was also active in the local Tucson and Phoenix Deaf communities.

“I am deeply honored and humbled to be selected as ASDB’s next superintendent,” stated Annette Reichman. “I know, firsthand, the challenges deaf individuals and blind individuals must rise to if they are to succeed in college, career and life. With the help and support of the greater ASDB community, I will ensure that students who are deaf, hard-of-hearing, blind, visually impaired and deaf-blind will not just ‘get by’ in mainstream society upon graduation, but rather, thrive, succeed and prevail.”

Annette Reichman has overcome tremendous challenges on her path to success, challenges that parallel those faced by ASDB students. Ms. Reichman lost most of her vision in her left eye at the age of 13 due to a retina detachment. As a consequence, she faced ostracization and bullying throughout much of her teenage years in rural Nebraska. She found the strength to not drop out of school and ended up graduating from the Nebraska School for the Visually Handicapped.

By early adulthood Ms. Reichman was faced with a new challenge: she had completely lost hearing in both ears. Very quickly she learned to thrive in the world of the deaf, becoming highly proficient in American Sign Language and finding acceptance and a home within the Deaf community. Later in life, Ms. Reichman received cochlear implants to restore partial-hearing. Three years ago, she lost the remaining vision in her left eye after a second retina detachment.

After receiving a bachelors in Psychology from Gallaudet University (an American university for the deaf and hard-of-hearing) and subsequently a masters in Rehabilitation Counseling with the Deaf from the University of Arizona, Ms. Reichman dedicated her career to helping individuals who faced similar life challenges: individuals who are deaf, blind or deaf-blind. As superintendent, Ms. Reichman’s life journey will come full-circle.

“As superintendent, it will be my charge to ensure that every student is given the resources he or she needs to be successful in their chosen career and personal life,” said Ms. Reichman. “I can think of no higher calling, nothing more satisfying, than empowering every ASDB student with a high-quality education.”